While the man wants to dominate earth she shake the apocalyptic traits of our era are made to notice each time more clearly; even the few days of the new year have brought a truce. Terrorist attacks, wars, the misery of refugees and natural catastrophes are predominant. Is our current civilization coming to an end? What Yes that increasingly more people have clear is that humanity harvest that has sown. In this situation that seems hopeless, God speak again to humanity and does so via a woman who hosts inside the language of light of the spirit and express it with human words. Manifested this is my word the reader finds in what situation is truly Earth and the reasons that have led humanity to the current point, also what future we hope if we don’t return on time: now, during the change of era, the atmospheric Chronicle being cleaned of all concepts, ideas, inclinations, opinions and desires human and everything that has not been satisfied. Why caused, i.e.

not expiado, that vibrates in the atmospheric Chronicle, returns, according to the law of cause and effect, early man and the soul. Thus both souls and men will have to bear much. For some souls, this can be called hell. The materialistic world is gradually sinks in large spaces of time. In evolutionary cycles is formed at the same time the Kingdom of God on this earth. For heavily loaded souls, this means that when the Earth is more luminous may not return to Earth. For heavily loaded souls, planetary pathways to Earth will be restricted more and more, and will be finally closed by the spiritual layer, the universal atmosphere, the layer of Christ, which will protect the Kingdom of God on Earth. In the Kingdom of peace of Jesus Christ will come the day that are only produced largely pure souls, as the new purified Earth will also have a purified atmosphere.

In this powerful time of change will come above ground pests, diseases and terraqueas disasters, but this will not even the end of this human time. While the man wants to dominate the ground, shake is she opens. In this change of era, the eternal spirit incrementadamente radiates all the Suns and stars materials, and the universe incrementadamente radiates light, that looks like a fire. She will tumble over seas, so that they will come out of their beds, flooding and covering low-lying regions. And there will be stars that will transform the impure into pure. As a result of this influence of the light of God, and of the stars, on seas and Lands, planet Earth will become fertile again. All this will happen before the page has passed at all. Who, despite these effects than they will come about humanity to remain faithful to God, praise him and worship, will be safe and will build and will give life to new Earth with sowing the seeds of love. 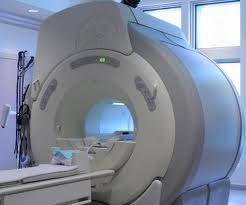